Australia is made for road trips. Coast-hugging touring routes, rainforest-clad paths, inland adventures, and trails showcasing anything from waterfalls to wineries. BIG4 Holiday Parks have rounded up some of the most scenic drives in Australia that you simply must follow.

Prepare for roads full of visual feasts and enthralling encounters… 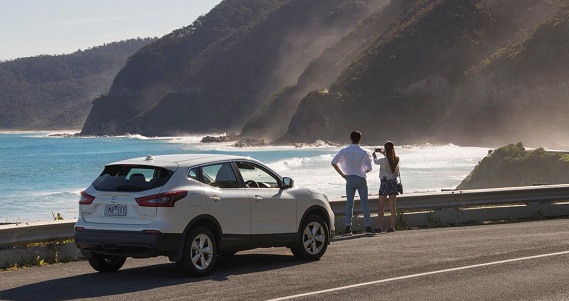 The Great Ocean Road in VIC is world famous.

Where: Cairns to Cape Tribulation.

In a nutshell: This coast-clutching route exposes two of Tropical North QLD’s signature attractions: reef and rainforest. It all comes to a head at Cape Tribulation – accessed via a cable ferry – which is famous as a rare meeting point of two World Heritage sites: The Wet Tropics of Queensland and the Great Barrier Reef. On the journey, expect to encounter plenty of paradise-like beaches and gorgeous greenery. 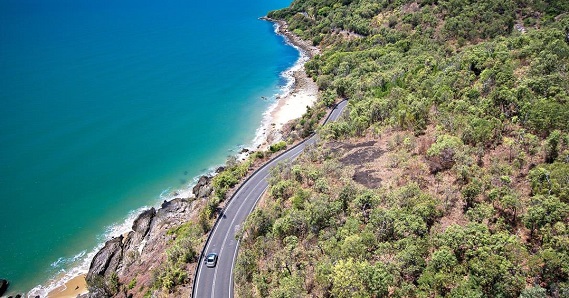 Where: Brisbane to Montville.

In a nutshell: While sparkling waterways are a hallmark of this famous region, its hinterland is just as impressive. Lush rainforest, famed national parks and their towering peaks, charm-rich towns, and welcoming wineries all feature on this path. And the beauty of a return drive is you can follow the inland route one way and combine it with the coastal path for the other. 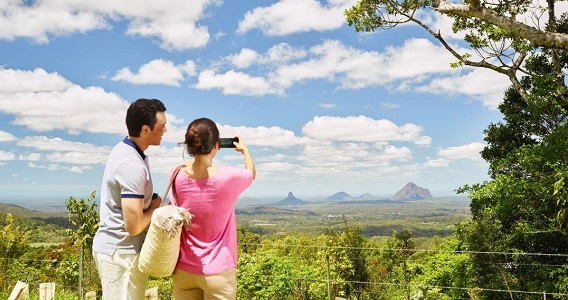 Where: From Torquay to Warrnambool.

In a nutshell: One of Australia’s most famous touring routes was built as a memorial to those who died fighting in World War I. A succession of astounding coastal vistas and sparkling beaches contrast with glorious rainforest, and some of Victoria’s most-loved holiday destinations are dotted along the way. A bucket-list experience. Star attractions like the Twelve Apostles are within easy grasp of the famous pathway.

Where: Wangaratta to Metung.

In a nutshell: An assortment of stunning, diverse scenery makes this an irresistible route. Be wowed by majestic mountains and alps, colourful vineyards, and expansive forests before reaching glittering waterways. The route slices through vibrant towns and sleepy townships that add to its rich allure.

Must-see attractions: Mt Buffalo and Alpine national parks, including Mt Hotham and Mt Feathertop. Charm-packed Bright is an essential stop, as is the old-gold town of Omeo.

Or check out nearby Lakes Entrance here. 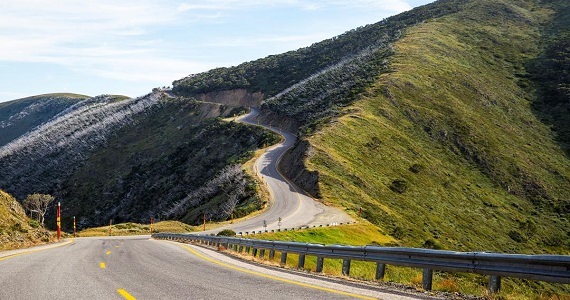 Expect an assortment of dazzling scenery along the Great Alpine Road.

Where: Alice Springs loop via Watarrka/Kings Canyon and Uluru.

In a nutshell: Witness some of Australia’s most mesmerising, iconic, and significant natural creations, including rock formations, gorges, and watering holes. Central Australia’s famous red desert sands are a signature of this unforgettable, epic touring route, which is rich in Indigenous history and culture. 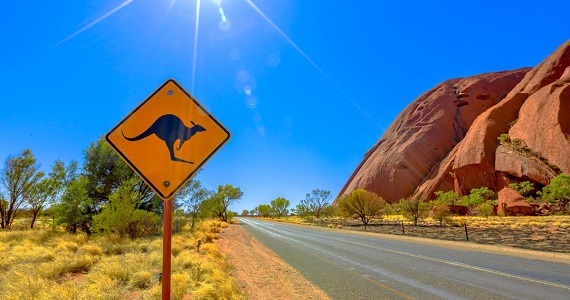 Classic Australia: The Red Centre Way is a bucket-list drive.

Where: Darwin loop via Litchfield and Kakadu national parks.

In a nutshell: This route joins a trio of captivating national parks, led by World Heritage-listed Kakadu along with Nitmiluk and Litchfield. Be enchanted by their bountiful natural treasures and couple this with visits to inviting townships, refreshing springs, and other Top End delights. 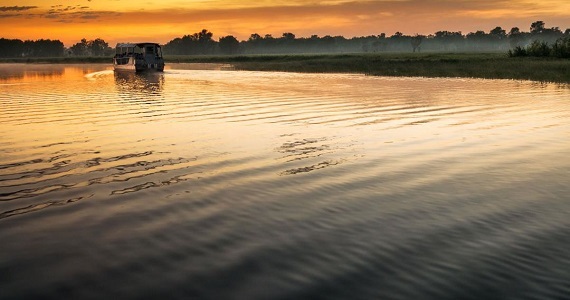 The roads connecting Nature's Way lead to stunning scenery like that in Kakadu National Park.

Best of the South West

Where: Perth to Albany and return.

In a nutshell: A first-class mix of exceptional coastline, dramatic formations, towering trees, stunning caves, and fabulous wine regions are just some of the many highlights of this terrific trail. Along the way are vibrant towns and cities that ensure this touring route is one that is best served unhurried.

Want to know more about what to see and do in South West WA? Be inspired here. 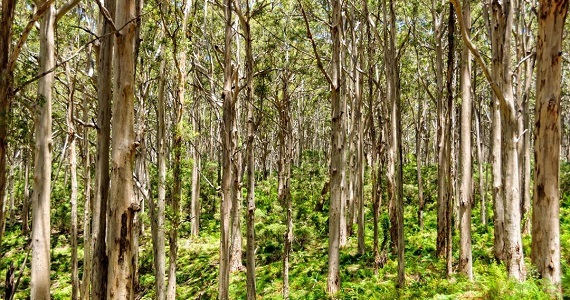 Sparkling coastline meets towering trees: There's so much to see along the Best of the South West drive.

Where: Perth to Kalbarri and return.

In a nutshell: This is a road trip for the ages, encompassing a raft of mind-blowing scenic wonders from eye-catching, colourful formations to mesmerising coastline. Witness amazing sunsets, feast on delectable seafood, and soak up fascinating histories. It’s a long drive but one that is chock-full of rewards.

Must-see attractions: A sequence of national parks holds incredible treasures: the Pinnacles Desert in Nambung, spring wildflowers in Lesueur, limestone caves in Stockyard Gully, and Nature’s Window in Kalbarri. Hutt Lagoon (Pink Lake) is not to be missed, either. 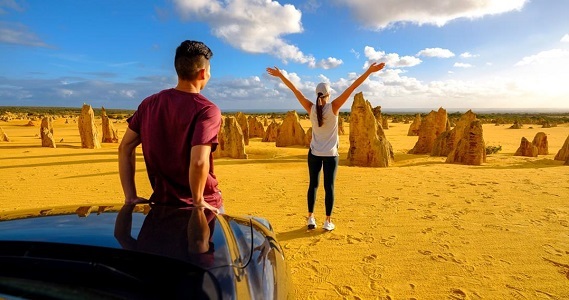 The Pinnacles Desert is among the many highlights when hitting the Indian Ocean Drive. Credit: Tourism Western Australia.

Where: Coffs Harbour to Armidale.

In a nutshell: A path bursting with spectacular scenery. Expect to encounter World Heritage national parks, swathes of seemingly never-ending rainforest, and a handful of enthralling waterfalls among more. And the two cities that mark the route’s start and end points warrant extended stays thanks to their many excellent attractions. 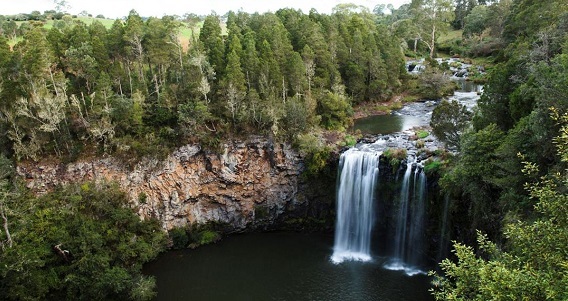 In a nutshell: Sparking coastal vistas abound on this snaking path that begins south of Sydney in the world’s second-oldest national park. The sparkling water views contrast with sharp towering coastal cliffs and rainforest-dominated vistas. A highlight is the iconic Sea Cliff Bridge, which exemplifies the breathtaking beauty for 665m. Time-honoured holiday hotspots are dotted along the way. 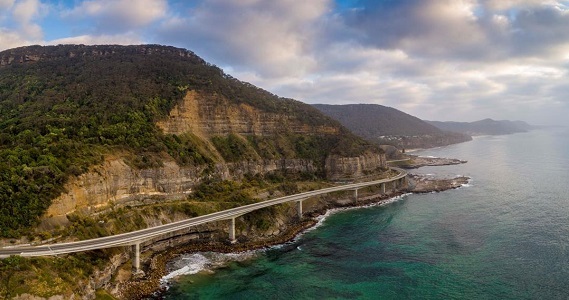 Where: Orford to St Helens. 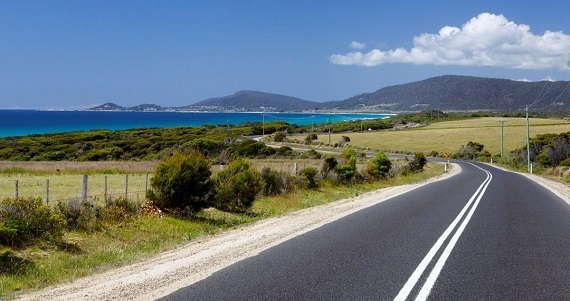 Expect to be wowed along the Great Eastern Drive. Credit: Pete Harmsen.

In a nutshell: It’s no stretch to say this drive encounters some of the most spectacular scenery on the planet, including sections of the enormous Tasmanian Wilderness World Heritage area. Towering peaks, tapestries of rainforest, and sparkling lakes and rivers all feature alongside captivating heritage towns and plenty of other surprises. 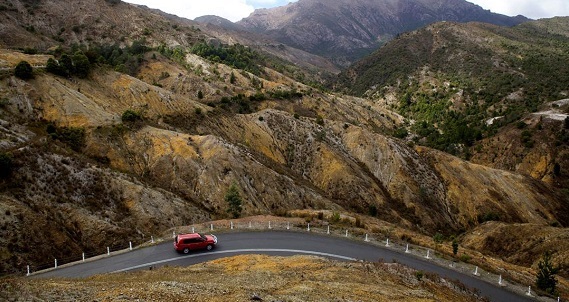 In a nutshell: Incorporating some of Australia’s most famous wine regions – McLaren Vale, Adelaide Hills, the Barossa, and Clare Valley – the Epicurean Way is all about indulgence, glorious scenery, and relaxation. Prepare for a taste of the good life. 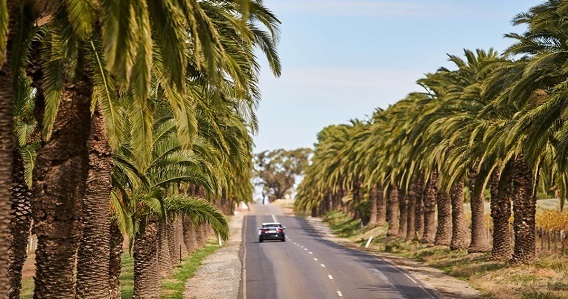 Where: Adelaide to Mt Gambier via Kangaroo Island.

In a nutshell: Explore two treasure-stuffed regions – the Fleurieu Peninsula and the Limestone Coast – with its mix of stunning, dramatic landscapes. Be greeted by long stretches of astonishing coastline and glistening beaches, captivating caves, vivid lakes, and much more. And a side trip from Mt Gambier to the Coonawarra wine region and Naracoorte Caves is highly rewarding. 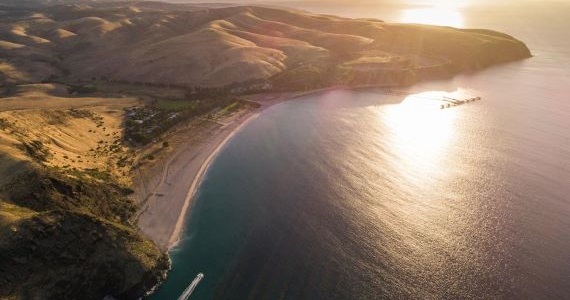 Isn’t it time you went on a road trip? Plan your touring route adventures with BIG4 now.

Please note: All distances are approximate and don’t include detours. On any road trip, it’s advisable to stop regularly for breaks. Don’t drink and drive but do have fun.

Retirement
back to top